Innovation was key for Merck’s now nearly 350 years of history and will play the same crucial role in the company’s future. The new framework agreement on research collaboration and licensing was signed by Stefan Oschmann, Deputy CEO and Vice Chairman of the Executive Board of Merck, Belén Garijo, Member of the Executive Board of Merck and CEO Healthcare, Prof. Mudi Sheves V.P of Technology Transfer, and Mr. Amir Naiberg CEO of Yeda the commercial arm of WIS, at Weizmann’s site in Rehovot, Israel, last night. It will span the next three years, with an option for multiple successive extensions 2 years each.

“We have focused our healthcare research activities on the highly promising fields of immuno-oncology, immunology and oncology as we’re striving to deliver new solutions to respond to unmet medical need,” Oschmann said. “We’re excited that the new framework agreement will cover the first two of these three areas and are already looking forward to the proposals of the distinguished Weizmann scientists.”

As part of the new framework agreement Merck will fund each of the two research areas with up to € 1 million per year over the 3-year period initially.

“We are proud that such a fruitful relationship like the one we have with Merck is now extended and that we have the chance to take part in creating new innovative solutions in such critical fields that so many patients globally are suffering from,” Sheves said after signing the contract.

In brief: Merck in Israel

Merck employs more than 300 people, mainly scientists, in Israel, and has sites in Yavne, Herziliya, Rehovot and Jerusalem. The main focus of the activities in Israel is to manufacture biotechnology products for the life science market, research and development for the healthcare sector and materials development for display applications.

Merck is a leading science and technology company in healthcare, life science and performance materials. Around 50,000 employees work to further develop technologies that improve and enhance life – from biopharmaceutical therapies to treat cancer or multiple sclerosis, cutting-edge systems for scientific research and production, to liquid crystals for smartphones and LCD televisions. In 2014, Merck generated sales of € 11.3 billion in 66 countries.
Founded in 1668, Merck is the world's oldest pharmaceutical and chemical company. The founding family remains the majority owner of the publicly listed corporate group. Merck, Darmstadt, Germany holds the global rights to the Merck name and brand. The only exceptions are the United States and Canada, where the company operates as EMD Serono, MilliporeSigma and EMD Performance Materials. 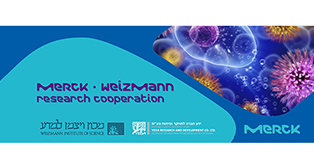