YEDA IS A MEMBER of ITTN

Covers a broad spectrum of the natural sciences, including:

Scientist and statesman, Professor Chaim Weizmann was also an accomplished entrepreneur who knew how to turn important scientific breakthroughs into successful business ventures. A pragmatist, he understood that new discoveries can break out of the halls of academia and be turned into viable, marketable products. By the year 1916, the Russian born Weizmann was a scientific researcher at the University of Manchester in England and owner of numerous patents. 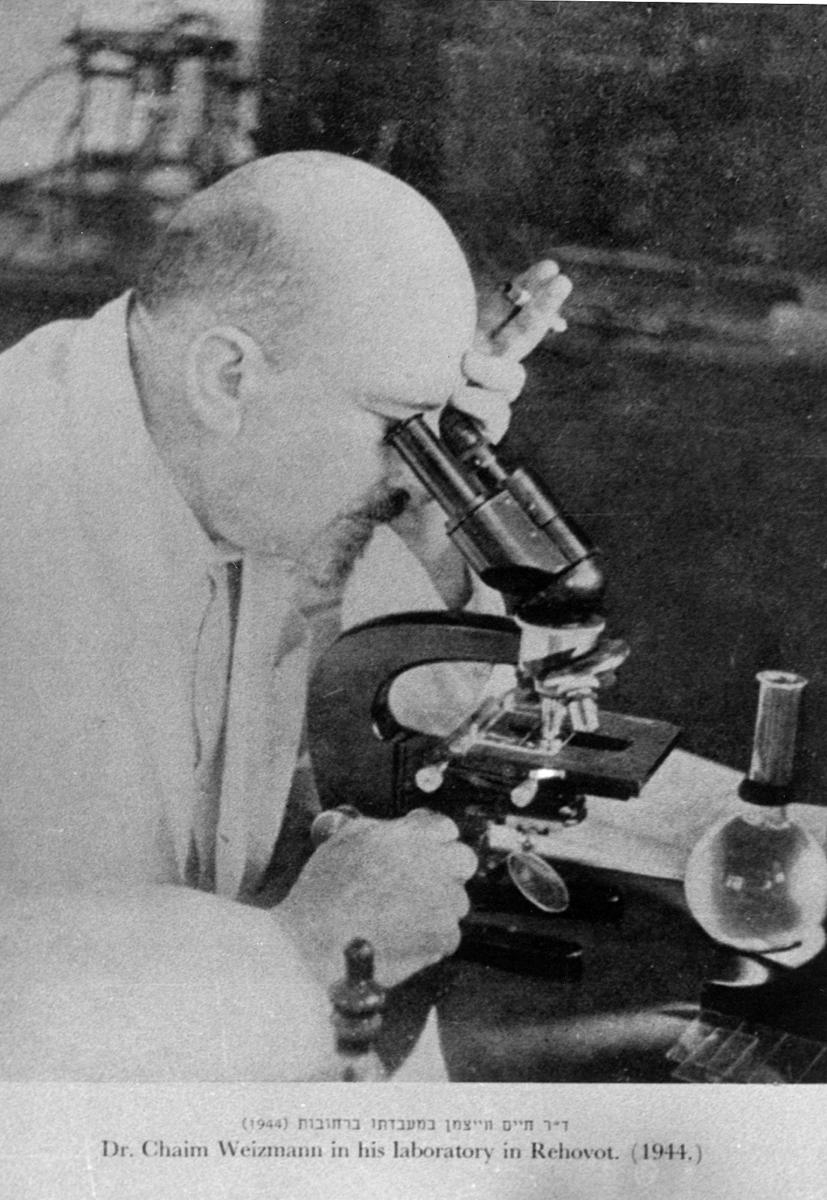 The Man Behind The Technology: A Sample Weizmann Discovery

The highlight of Professor Weizmann's scientific business savvy was a 1915 invention that earned him kudos among the British.  Weizmann developed a new biotechnological method to produce acetone from starch through a fermentation process. After patenting his invention in 1916, he offered it to the British Navy, knowing that it required great quantities of acetone for the production of explosives. Weizmann was appointed by Churchill to head the British Navy's laboratories. He moved to London with his students, and was responsible for the successful production of acetone for the British war effort during WWI.  After the war, Weizmann's method became the common Industrial method for acetone production.

Yielding Patently Positive Results: The Establishment of a Scientific and Entrepreneurial Foothold in Israel

Professor Weizmann's contribution to the British war effort in WWI yielded more than a successful product. An ardent Zionist, Weizmann set his sights on helping a fledgling Jewish entity achieve nationhood. With the British government ever grateful to him, he prompted it to issue the Balfour Declaration in 1917, the world's first official diplomatic move recognizing Zionism. Seventeen years later, Weizmann synthesized his Zionist fervor with his love of science by establishing the Daniel Sieff Institute. Located in Rehovot, it later evolved into the world-renowned Weizmann Institute of Science.

One hundred years after Chaim Weizmann's first patent, YEDA is continuing the legacy of turning technological breakthroughs into profitable ventures for the public benefit. Established by the Weizmann Institute of Science in 1959, YEDA is Israel's first, and one of the world's original technology transfer (TT) organizations, promoting the commercial development of Weizmann Institute research studies with huge success.