Karl-Ludwig Kley Receives Weizmann Award in the Sciences and Humanities

Darmstadt, Germany, and Rehovot, Israel, February 16, 2016 – Merck, a leading science and technology company, announced that the Weizmann Institute conferred the renowned Weizmann Award in the Sciences and Humanities to Karl-Ludwig Kley, CEO and Chairman of the Executive Board and of Merck.

Since 1966 the Weizmann Award in the Sciences and Humanities has been granted to a small, distinguished group of world leaders and scientists whom the Weizmann Institute has wished to honour, and to philanthropists and leaders, whom the Institute has wished to thank. Awardees include Margaret Thatcher, former Prime Minister of the United Kingdom, and Jacques Chirac, former President of France. A complete list of awardees is accessible here: http://www.weizmann.ac.il/acadaff/weizmann_awards.html.

Merck and Weizmann first joined forces in 1978. Since then, the collaboration has yielded innovations including intellectual roots of the company’s top-selling multiple sclerosis drug Rebif® as well as of Merck’s cancer treatment Erbitux®.

Merck is a leading science and technology company in healthcare, life science and performance materials. Around 50,000 employees work to further develop technologies that improve and enhance life – from biopharmaceutical therapies to treat cancer or multiple sclerosis, cutting-edge systems for scientific research and production, to liquid crystals for smartphones and LCD televisions. In 2014, Merck generated sales of € 11.3 billion in 66 countries.
Founded in 1668, Merck is the world's oldest pharmaceutical and chemical company. The founding family remains the majority owner of the publicly listed corporate group. Merck, Darmstadt, Germany holds the global rights to the Merck name and brand. The only exceptions are the United States and Canada, where the company operates as EMD Serono, MilliporeSigma and EMD Performance Materials. 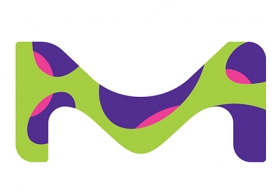