Various dental applications suffer from excessive friction, which severely compromises their function. For orthodontic procedures, friction significantly reduces effectiveness and thereby leads to prolonged treatments. In root canal treatments, NiTi (Nickel-Titanium) endodontic files are prone to fatigue-induced and unexpected failure. This invention presents coating with inorganic fullerene-like nanoparticles of WS2 (IF-WS2) impregnated in a metal matrix as an effective friction-reducing agent. The unique structure of these particles provides them with high lubricity. Consequently, the problem of friction during orthodontic treatment could be minimized, enhancing anchorage control, reducing the duration of treatment, and decreasing the risk of root resorption. The same coating is shown to significantly improve the lifetime of endodontic files by alleviating fatigue and failure, having vast implications on duration, safety, and consequences of root canal treatments.

Friction among appliances used for orthodontic correction of teeth is recognized by clinicians as a hindrance to tooth movement, especially for sliding mechanics used during the closure of spaces in the dental arch. The friction generated at the bracket/archwire interface may reduce the effectiveness of the mechanics, decrease tooth movement efficiency and further complicate anchorage control. In this context, one of the field's major goals is to search for new products that would generate less friction during sliding mechanics. Additional dental appliances that suffer from friction include NiTi endodontic files (EFs) used for root canal treatment. In this case, friction between the file and the surrounding tissue

causes fatigue and failure of the file and may lead to tooth loss. Finding a way to reduce file breakage during root canal treatment would thus have a tremendous beneficial influence on the costs of treatment and the prognosis of treated teeth stages and conditions. Up to date, attempts were mostly directed at reducing friction in dental devices by modifying the design, using different alloys, and surface treatments. Since studies have found a correlation between the surface roughness of archwires and their frictional behavior, different coating materials have been developed, such as diamond-like carbon, plastic-ceramic composite, or slick polymeric coating. While these technological innovations seem to present good potential to reduce friction in specific clinical situations, their cost is still significantly higher than the traditionally used materials, and their actual price to benefit remains questionable. Among these, the use of self-ligating brackets (SLB) proved to be efficient, although restricted to a specific treatment. In the endodontics field, pastes or liquid irrigation media are added during root canal treatment to increase lubrication. Thus, in both fields there is a need for an efficient, general

WS2 fullerene-like nanostructures (IF-WS2) are 20-200nm particles formed under certain reducing and sulfidizing conditions and elevated temperatures from tungsten oxide (WO3) nanoparticles. Good lubricity is attributed to their multiple-layered structure. As the load between rubbed surfaces increases, nanoparticles gradually deform and exfoliate to coat the asperities at the interface. The weak forces between the thin sheets of the exfoliated nanoparticles allow a very low shear force sliding motion between the two contacting bodies.

Experimental testing showed a significant reduction in the static friction resistance to sliding in IF-WS2 coated archwires at different angles, especially in the 10° tilt. At the initial stages of treatment, IF-WS2 nanoparticles act as spacers and reduce the number of asperities that come into contact resulting in a lower coefficient of friction. As the angle grows and the load at the edges of the slot increases, the exfoliation of some of the nanoparticles occurs, resulting in the dry lubrication of the sliding. Furthermore, IF-WS2 nanoparticles act as a protection against oxidation of the metal surface. 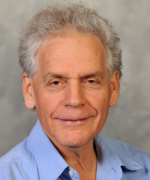 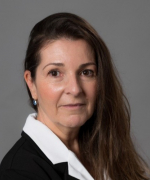