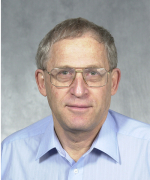 Born in Tel Aviv, Zvi Artstein received his Ph.D. from the Hebrew University of Jerusalem in 1974. After working as an assistant professor at Brown University for two years, he joined the staff of the Weizmann Institute of Science in 1975. He has held a number of senior posts at the Institute: he served as Head of the Mathematics Department from 1986 to 1988, Dean of the Faculty of Mathematics and Computer Science from 1989 to 1997, Chair of the Council of Professors in 1998 and Vice President for Technology Transfer from 1999 to 2002. In 2005, he was once again appointed Dean of the Faculty of Mathematics and Computer Science. He is the incumbent of the Hettie H. Heineman Professorial Chair of Mathematics.
An expert on the mathematics of decisions, control and optimization, Prof. Artstein deals with mathematical problems that arise when a natural or man-made phenomenon is subjected to manipulation. He examines various models for decisions made under conditions of uncertainty, stability and stabilization. Though rooted in abstract mathematics, these studies are applicable to diverse physical, industrial and economic systems.