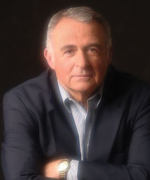 Martin Gerstel was born in 1941 in Norwalk, Connecticut. He received a BS degree from Yale University in 1964 and an MBA from Stanford University in 1968.Directly after graduation from Stanford, Mr. Gerstel participated in the founding of ALZA Corporation in Palo Alto, California, a pharmaceutical company based on developing new technologies for controlled drug delivery. Initially vice president and treasurer, he subsequently held a number of management positions leading to his appointment as President and Chief Operating Officer (1982 to 1987), and Co-Chairman and Chief Executive Officer (1987 to 1993). During his tenure, ALZA Exchange listed company with a multi-billion dollar market valuation.Since retiring as CEO of ALZA in 1993, Mr. Gerstel has focused on board and consulting activities with a number of educational, civic and research organizations including, in the United States, the Foundation for the National Medals of Science and Technology, the Stanford Graduate School of Business and Stanford University and, in Israel, the Weizmann Institute of Science, Beit Amir, the Shalem Center, and in Jerusalem Foundation. In the private sector in Israel, he is Chairman of Compugen (a bioinformatics company), Founder/Vice Chairman of Itamar Medical (a medical device company), and a director of Teva Pharmaceuticals (a pharmaceutical company) and Yeda Ltd. (Technology Licensing company for the Weizmann Institute). In addition, Mr. Gerstel is a frequent lecturer and seminar leader in various areas of corporate management and strategy, negotiations and finance.