Pain, particularly in cases of chronic nerve injury and disease, is a critical element of numerous medical conditions and procedures, which is generally managed with opioid analgesics. While generally highly effective, they are associated with adverse effects, and risk of tolerance, dependence, and abuse. The group of Prof. Mike Fainzilber characterized the role of Importina3 and its downstream AP1 mediators in chronic pain. Knockout or knockdown of Importina3 and other components along the pathway was associated with decreased sensitivity to pain cues. Furthermore, inhibition of the Importina3 pathway with specific inhibitors or repurposed drugs provided relief from acute and chronic pain. These findings present novel non-opioid therapeutic targets with potential modalities for intervention.

Neuropathic pain is the pain sensed following injury or chronic progressive nerve disease and arises due to dysfunctional or damaged peripheral and central nervous system. Narcotic analgesics, such as opioids, are most commonly used to manage pain, yet, their chronic use is associated with constipation, sedation, respiratory depression, tolerance and dependence, and with potential for abuse. Therefore, there is an unmet need for novel non-opioid pain medications.

Development of novel drugs and repurposing of existing drugs targeting the importin α3 pathway for the treatment of neuropathic pain.

In a screen of importin a mutants, Professor Fainzilber and his colleagues identified a striking reduction in responsiveness to noxious heat in the Importin a3 knockout (KO) mice, as manifested by delayed paw withdrawal, an effect that was reversed by overexpression of Importin a3. Importantly, no significant impairment in exploratory behavior or motor coordination was noted in the knockout mice. In a spared nerve injury (SNI) neuropathic pain model, initial responses to pain were similar between wild type and importin a3 KO mice, but from day 60 onward, the latter group exhibited decreased mechanosensitivity and reduced unevoked paw clenching. The team corroborated these findings by intrathecal injection of adeno-associated virus 9 (AAV9) constructs to generate an acute knockdown (KD) of importin α3 in sensory neurons (Figure 1A). Transcriptomic analyses of dorsal root ganglia (DRGs) of wild type and importin a3 KO mice, identified differential expression of several transcription factors, including AP1, which is a dimeric transcription factor comprised of Jun, Fos, and activating transcription protein family members. Further focus was placed on c-Fos, a well-documented pain circuit marker bearing an importin a-binding nuclear localization signal. The protein was found to be localized in the nucleus of wild type DRGs, and was practically absent from nuclei of importin a3-null DRGs. Intraperitoneal injection of the T-5224 c-Fos inhibitor led to delayed paw withdrawal following exposure of wild type mice 1 week after SNI induction to noxious heat, but to no additional effect in importin a3-null mice. Similar effects were recorded upon KD of c-Fos or c-Jun in SNI mice, which was also achieved by intrathecal administration of the shRNA AAV constructs (Figure 1B).

An in silico screen for drugs that might target the importin a3-AP1 pathway, identified a number of candidates, including sulmazole, a cardiotonic agent and sulfamethizole, an antibiotic, both of which resulted in dose- and time-dependent improvements of SNI symptoms (Figure 1C). In addition, the two drugs ameliorated both acute and late-stage responses of SNI mice to noxious mechanical stimuli as effectively as importin a3 KO/KD. Furthermore, they significantly reduced c-Fos nuclear accumulation in wild-type neurons. Taken together, perturbation of c-Fos nuclear import by inhibiting or knocking down importin a3 imparts an analgesic effect, particularly in the chronic phase of neuropathic pain1,2.

The team identified the importin α3-AP1 axis as a key regulator of mechanosensory responses and a central mediator of chronic pain cues. The group demonstrated the ameliorating effect of importin α3 KD via intrathecal delivery of shRNA AAV constructs, which was replicated by inhibition of AP1 subunits using a specific c-Fos inhibitor or repurposed drugs. Further screens will be performed to identify additional drug candidates that target the importin a3-AP1 pathway. 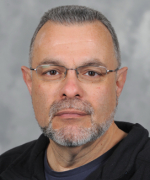 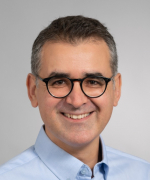