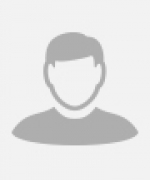 NDS Group Ltd. was established in 1985 and developed smart cards to prevent unauthorized access to computer data and satellite television broadcasts. The technology is based on an algorithm developed at the Weizmann Institute's Faculty of Mathematics and Computer Sciences. NDS was traded on Nasdaq (NNDS) and later (2012) acquired by Cisco for approximately $5 billion.